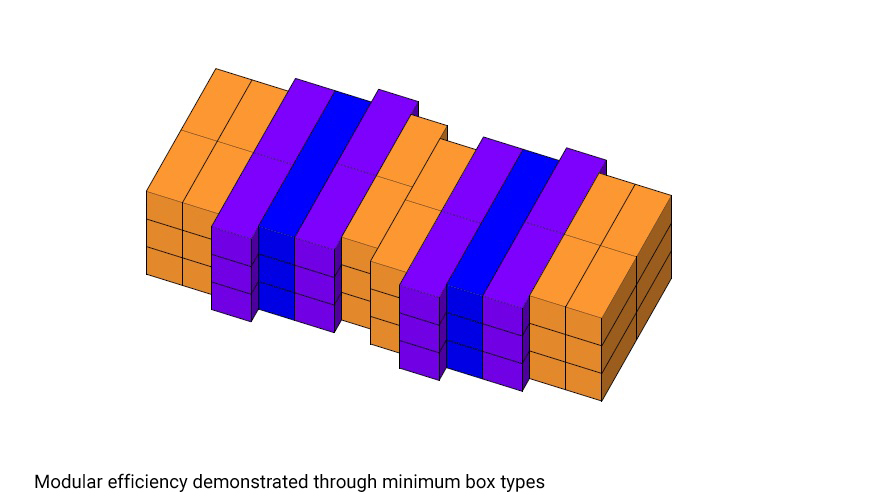 Developers everywhere today are searching for ways to lower construction costs for multifamily projects – not just to make them attainable for folks with lower incomes, most often it’s to make projects even pencil out.  Many have looked to off-site fabrication solutions, including volumetric modular and panelization in hopes of saving money, but in too many cases, that promise hasn’t been delivered upon.  What are the key things to consider in advance when contemplating a modular or prefabricated option?

First, it is necessary to dispel the myth that if your stick-designed project isn’t penciling, shifting to a modular solution will fix it.  That is absolutely not the case.  Whereas it is plausible to pull the plug on a modular design that isn’t achieving any one of many project objectives and revert to a stick frame with manageable amounts of pain, the reverse situation—ditching a conventional design in favor of modular, will be a disaster, because in virtually every case, all that was drawn in anticipation of a conventional solution will need to be jettisoned and re-conceived.

That said, there are situations in which modular may really be a preferred solution.  For example, if you manage to design a modular building you really like and construct it over and over again it gets better, faster, and hence more cost-efficient with every iteration.  In other words, to reap the benefits of an essentially mass-produced product, it is the best case to produce it in large numbers.  This is the reason you see so much current modular product going into low rise hotel properties where reliable repetition reigns supreme, and everything is done “by the book.”

I offer a fundamental encouragement to anyone considering a modular project:  conceive of it as modular or prefabricated from the very word “go.”  It helps to have a passionate advocate on the team.  Next, it is essential to be as informed as possible about what modular design “likes” in order to play to the strengths of the strategy.  In a word: discipline.  Successful modular undertakings have extraordinarily disciplined team members—principally with the developer, but extending throughout the design team, including the construction and marketing people!  Finally, it is important to get to know the presumed fabricator as early in the process as is humanly possible, because there are design and production nuances that vary from one shop to another, as well as which member of which team draws what in the construction documents.

Simplicity and repetition are the golden values in keeping a modular design on the straight and narrow.  Factory fabrication is necessarily a repetitive process—assembly lines thrive on continuing to crank out the same widget over and over again without interruption.  Think about the Model T—Ford’s strategy for mass production is what put that rather prosaic vehicle into the driveways of so many Americans.  What this means is the project design must be approached with the goal of having the absolute bare minimum number of unit types.  It may not be immediately apparent with this mindset that apartment plans are not mirrored in building plate layouts, but rather rotated.  Why?  Because that eliminates the need to prepare an entirely new set of jigs for a run of boxes with the guts flipped.  This simple rule of thumb for design planning is one of a myriad of guidelines, which, if rigorously held to without wavering will produce the optimum results.  With wood modular construction, I like to say the best strategy is to design for the minimum number of maximum sized boxes, which also get the most bang for the buck on the shipping expenses.  Steel modular is a bit different but the same simplicity rules govern.

From an aesthetic perspective, I like to say that modular buildings like to be “straight, flat, and rational,” meaning they won’t necessarily play nice with fussy forms or gratuitous façade manipulations.  In the language of Robert Venturi, these projects definitely want to be a “decorated shed” rather than a “Long Island Duck.”  This doesn’t mean ugly; simple geometric forms articulated with color and strategically placed “building jewelry” like eyebrows and awnings can provide a satisfying look while adhering to the rules.  Naturally, this may not fly in every jurisdiction or with every taste maker, but clean, modern lines are growing in popularity everywhere.

What does it take to be able to design within the parameters that enhance the chances of a competitive modular project?  I’ll say it again: discipline.  The team must be prepared to respond to questions that begin with “Wouldn’t it be nice if . . .” with firm resolve to the mission because they will almost always lead to bespoke solutions that frustrate the original intention of simplicity.  One or two little customizations along the way can usually be incorporated, but by about the time of the third one, I alert the team it’s time to pull the plug.  Also, production lines hate changes, so a firm resolve in decision making long before fabrication begins is vitally important; stopping a production line to make a change will squander the entire advantage of the process.

There’s a place for modular construction to really stand up as the preferred approach.  At this time when we need so much attainable housing to dig us out of a massive deficit, it is perfectly reasonable to contemplate a prefabricated solution, especially if you can settle on a desirable design that will be attractive in multiple markets where you can build it over and over again.  Culturally, markets with high barriers to entry, especially core coastal markets where land and labor costs are extraordinarily high may be the golden ticket for modular to deliver on the promise, helping to control expenses and shave time off the project delivery schedule.

Now here’s the kicker to this discussion.  Even where the basic economics and constraints might not support an off-site fabricated project, there are many fundamental attitudes and approaches in the modular and pre-fabrication world that can be appropriated for stick building, resulting in more efficient, less expensive products.  Simplicity, repetition, and an aversion to fussiness will always result in lower construction costs.  And who doesn’t want that?