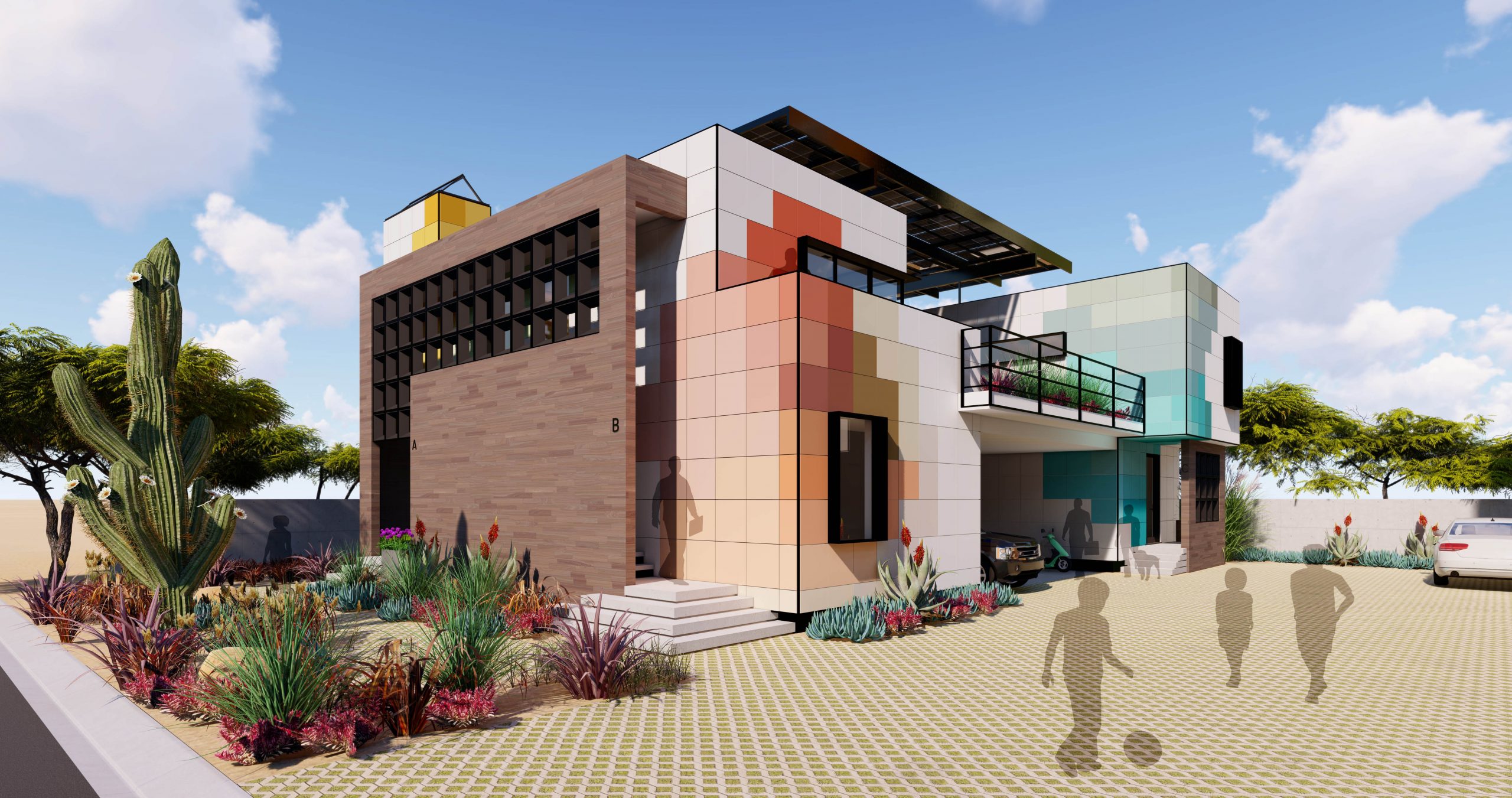 There is a switch in many electric vehicles that allows drivers to toggle between performance modes–one direction is “comfort” and the other “economy.”  I’m sure the UX Designers didn’t intend any irony with those identifiers, but it struck me that they are (perhaps unconsciously) highlighting a long-held suspicion or expectation that comfort and economy are at odds with each other or at least at different ends of the scale.  On a personal level, I typically keep this setting safely in the middle, where I can offset increased battery life with decreased top speeds and a more moderate interior climate, all of which I can live with and feel pretty comfortable while being slightly more mindful about resources.  I’m doing well by doing good, as Ben Franklin was believed to have said.  “High performance” in the automotive world typically conjures roaring engines and screeching tires, but in my case it means going just a little further on the same amount of charging.

Merriam Webster defines high performance as “better, faster, or more efficient than others.”  Note the significant inclusion of enhanced efficiency as an earmark of high performance.  This must certainly apply to homes.  I don’t know of many people who would request their home to be faster than others, though I think many would desire a “better” home based on a comparison sample.  Everybody wants a more efficient home, a “need” that lands somewhere between levels one and two of Maslow’s hierarchy.  Some of this desire could hypothetically be driven by an altruistic appeal to be kinder to the planet through resource conservation, which is great, but in actuality, the more powerful motivator, typically, is a desire to get a better deal:  to get more and pay less.

This premise is the basis of the most successful strategies for high performance in a home.  There is a hierarchy of returns at work when sifting through a multitude of options to find the low hanging fruit.  Over time, the low-hanging fruit gets codified, and one’s reach must extend a bit further.  To illustrate, improvements to building envelopes in an effort to better manage a home’s interior climate really got rolling about fifty years ago, so there has been plenty of time for those who write codes to make it a standard, so that it would never be considered an option today.  Houses are so tightly controlled for air leakage these days, precautions have to be taken to assure that at least some fresh air is entering the home—just when and where we want it instead of randomly.  This is an easy concept to reason through:  my house leaks less, my heating bill is lower, because I’m using less energy imported from outside sources to make me comfortable—a marriage of comfort and economy!  Once we got the bug for lowering energy consumption through heating and cooling, we applied that reasoning to every power consumer in the home, from lights to appliances.  These days we still give ourselves a gold star when we achieve minimum levels of compliance with the established high performance standards.

Water conservation has usually gone hand in hand with energy conservation, though the motivation may not have been quite as piqued because water for a very long time was relatively cheap.  Then we began to worry about supply issues, particularly in the arid southwest.  Of course, when the supply of anything diminishes, the market price increases, and we don’t need a bigger water bill.  So after replacing the plumbing fixtures in our homes with low-flow everything and going to drip irrigation outside with possible harvesting of rainwater, we took it up a notch, ripping out miles of manicured lawns to replace them with xeriscape and synthetic turf.  Note that the motivation here began to be mixed—it was no longer just about wanting to save money on a commodity; it began to include some element of anxiety about running out of a basic need or having someone else ration it for us.  In other words, the cause began to be a bit more global, though self-interest was still alive and well.

On-site energy generation has also been struggling to get traction since about the nineteen-seventies, but lately, thanks to Elon Musk and the rapid development of high-capacity batteries, the trajectory is changing.  Solar panels were once primarily thought of as a way to lower our electricity bills, which they did.  Then home storage systems, led by technology from our long-range EVs, began to come onto the scene, changing the calculus again.  Adapting these home systems could potentially lead to being “off the grid” of whatever utility monopoly has been providing our domestic electricity.  Not only does this eliminate the monthly power bill altogether, but it helps everyone else by reducing demand on the existing grid, which can get over-taxed in periods of peak demand leading to rolling blackouts, which nobody wants.  Hmmm . . . can you begin to see a pattern of doing well by doing good?

Going off-grid electrically eliminates one outside resource being pushed into our homes.  Up next for consideration is water.  How would it ever be possible to go off-grid for water?  Growing up in rural Michigan, my home was serviced by a well and a septic system; we were off grid for both water and sewer.  This was long before off-grid living was cool or trendy—the home was off-grid simply because it worked.  Major systems were installed once, typically when the house was built, and functioned largely without issues for years.  Neither one was perfect, but neither one required a massive system of municipal infrastructure to keep our showers flowing and our toilets flushing.  Necessity was the mother of both those “primitive” systems.

What if we could produce our own potable water by pulling it out of the air?  David Herz, an architect/inventor in Venice, California, used existing technology to create a solar powered “point-of-use atmospheric water station” to provide drinking water to individuals experiencing homelessness in an alley near his studio.  This endeavor didn’t save anybody any money, but it helped a lot of thirsty folks.  Given some more advanced technology and scaling, this system could be adapted to a single-family dwelling to become a modern version of a well.  If successful one could produce their own water, which is no small feat.  The next step here is addressing waste water–how can somehow avoid flushing a big portion of that precious home-grown water down toilets to carry our waste away?  Enter grey- and black-water systems.  For decades we’ve had the technology to capture greywater from everything that has a drain except the commode, treat it a little, and use it to flush the toilet when it is finally necessary or water the home vegetable garden.  That allows us to use the water a minimum of twice.  Advanced technology systems exist that can actually re-claim and turn both of these sources into potable water, creating, in essence, a closed water loop.

What is the common characteristic of the systems described above?  They are all most easily deployed in single family homes.  We’ve seen these sophisticated systems in space stations and nature conservancy facilities, but that’s an extremely tiny sample, and really, they don’t benefit many people in these “demonstration” applications.  It makes all the sense in the world to get these systems into new build homes as quickly as possible.  Mass deployment in single family neighborhoods will lead to more rapid widespread embrace of these technologies, particularly by first time Millennial homebuyers who already happen to be early adapters of environmentally conscious practices.  It will be far, far, easier to incorporate systems into newly built homes, which can be marketed not only for their earth consciousness, but for the simple reason that they make sense financially in the long run.  It’s the ultimate expression of “doing well by doing good.”  ESG-oriented lenders may find high performance homes increasingly in line with their corporate values, and therefore prefer to make loans on these types of properties.

Energy from non-renewable sources contributes significantly to climate change.  The American west is experiencing extraordinary heat waves accompanied by raging wildfires in places one doesn’t expect them, together with the worst drought in 1200 years.  For every one degree Celsius increase in global temperatures, the volume of the Colorado River reduces by ten percent, which has staggering implications.  Residential high performance systems are not a boutique item; they are part of a survival strategy.  It is time to expect high performance technologies to be included in every new home, just as much as we’d expect insulation.  Then they won’t be regarded as an “add-on,” but as standard equipment, especially by young first-time buyers, who will appropriate the expectation and carry it forward to the next generation.   We build about 700,000 houses a year; each is an opportunity to move in the direction of meaningful resource management, an opportunity to do well by doing good.