0
was successfully added to your cart.

Grey Is The New Green In Mixed-Use Infill 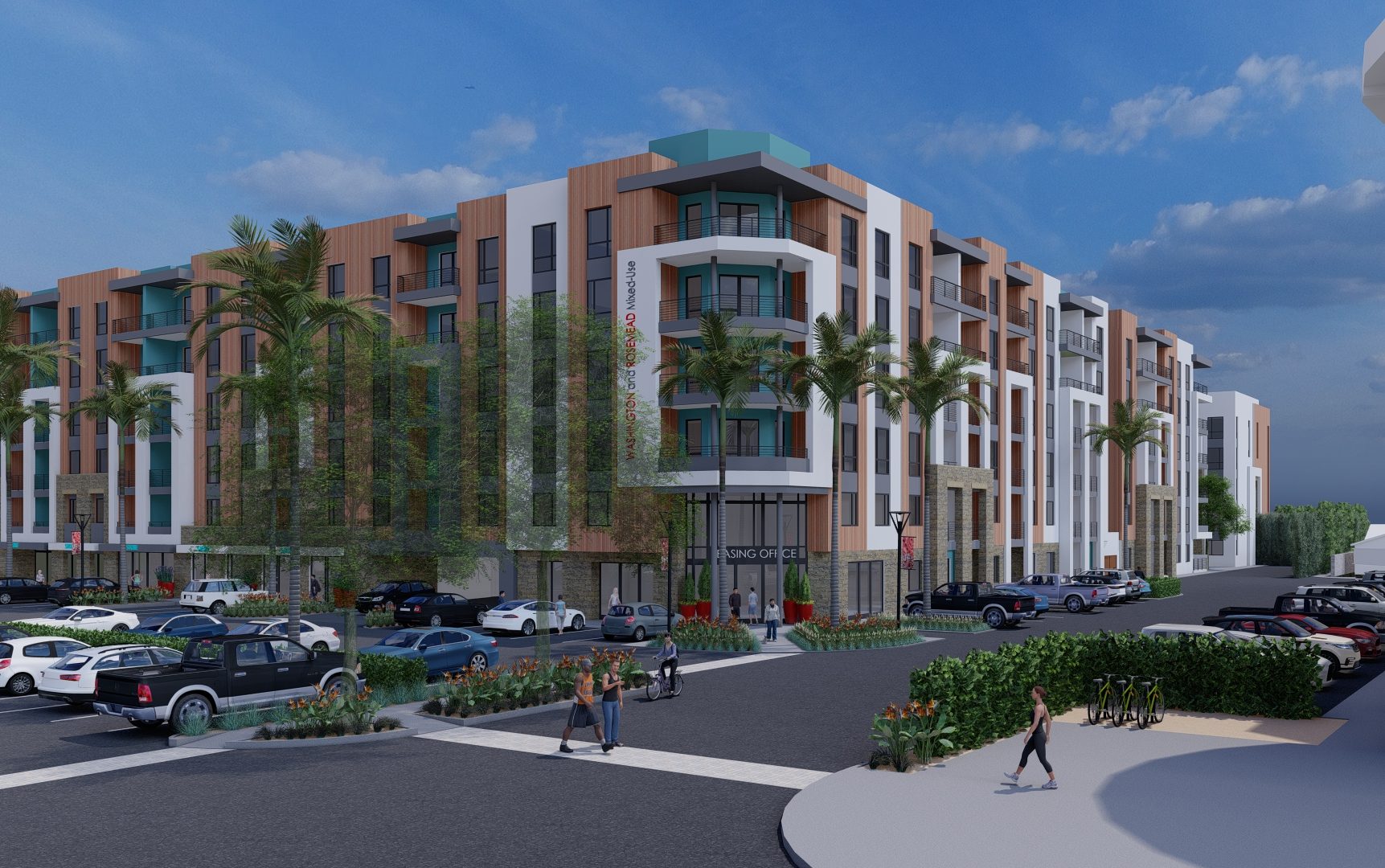 Throughout California, and probably most of the country, underperforming regional malls and shopping centers are being surveyed for their redevelopment potential, particularly as they deteriorate into a distressed status. The critical element that makes these projects similar is that they take advantage of the real estate available on expansive existing fields of surface parking. This one aspect is the key ingredient in finding an existing retail/commercial center that will be a good candidate for redevelopment. As these “greyfields,” as they are often known, function like open land from a planning perspective, they are what makes the opportunities so attractive.

Redeveloping an aging or dying mall or shopping center is hardly a fresh idea, but it remains a good one. Today there are a number of significant such projects in the development pipeline, including Main Place Mall in Santa Ana, California, where a very ambitious program of hotels, offices, apartments, and other uses is proposed, or the former Laguna Hills Mall, also in California, where a similar blend of ingredients is anticipated. Placing denser housing on these properties makes complete sense because many of them are already near better performing commercial centers, and the resulting “village” should be able to provide some of the benefits of a traditional town center if it includes sufficient resident serving amenities, such as bars and restaurants, among other services. Constructing new housing on underused surface parking is just a good idea, almost no matter how you slice it.

The mall redevelopment projects cited here, in addition to many others, are substantial undertakings, but they’re not the only opportunities. There are many smaller retail centers on properties that are equally attractive due to their proximity to other shopping, jobs, and resident services that might be in easy walking distance or have convenient access to transit; not every redevelopment needs to focus on a seventy-acre regional mall in order to help whittle away at the seemingly intractable undersupply of housing. These locations have access to existing infrastructure and services, so arrive at the starting line with more going for them than a traditional green field. What is the obstacle to the widespread implementation of this strategy?

Perhaps the biggest problem with the wide-scale redevelopment of retail/commercial properties is what used to be known as the “fiscalization of land use.” That’s a fancy way to say it’s politically hard to change a use on a site from one which produces a generous income stream for the municipality to one that doesn’t—such as changing from a retail center, or worse yet, an outdated auto dealership, to multifamily housing, which generates far fewer dollars for the City coffers. This underlying dilemma is a consistent fly in the ointment of proposed commercial-to-residential or mixed-use redevelopments. Main Place, because of its sheer mass, was probably able to navigate that income stream quandary by including a ton of commercial space and hotel rooms, both of which generate cash flow. A cooperative approach is suggested here—that the developer and the City meet extremely early in the process to discuss the mix of uses that would not only provide the desired housing, but also include ingredients that could continue to generate tax and fee income, and hence make the project approvable.

Do we need new laws to help make the process easier? A California State Senator recently proposed a bill that would theoretically make it easier for developers to propose major makeovers to existing underperforming or dying malls and shopping centers, provided the final mix included some affordable housing. Seems to make sense, but it also came with a bunch of strings attached, which is a standard issue with many government-initiated “incentives.” At the end of the day, after all the community stakeholders had been satisfied, the underlying zoning requirements met, and the subs lined up to do the construction were receiving prevailing wages, the apparent benefits available felt overshadowed, outweighed by the other obligations.

It appears the projects mentioned above, in addition to some in the Bay Area, LA, and Inland Empire, accomplished their development objectives through the existing zone change and municipal review process. Main Place Mall, with its proposed program of 1,900 dwellings, 400 hotel keys, 750,000 square feet of office space, and nearly a million and a half square feet of commercial uses, was of such a mass that it needed to generate its own Specific Plan. While this thorough entitlement process can be a grind, in the end there tend to be fewer problematic add-on requirements, such as would come along with the supposedly helpful state law, and they can all be negotiated along the way.

While the proposed State law started with a good intention, it just got burdened by bureaucracy, and by the potential to tread on the sacred ground of loss of local control, which is one of the threats of the RHNA (Regional Housing Needs Assessment) process. How could municipalities possibly have their cake and eat it too with regard to these retail and commercial redevelopments? Creating an overlay zone that could be generously applied over existing commercial properties would accomplish a couple of things. First and foremost, if it were straightforward enough, it would provide that elusive assurance developers always seek—predictability. That is, the overlay zone would make it “by-right” to develop multifamily housing on a retail site, even if it includes guidelines and policies to encourage harmony with the existing community context. Perhaps if the project includes attainable housing, it becomes a ministerial review, which would be a tremendous time-saver. In other words, the cities and counties take from the State what it otherwise intends to impose on them, and just do it themselves. The combination of defined parameters of the overlay zone plus the ministerial review would have the guaranteed effect of expediting the delivery of desperately needed housing while enhancing the built environment, all under local control.

Finding the right density and product for a greyfield site of any size is key to success. The state law had a complicated formula for requiring certain minimum densities which were theoretically driven by the fabric of the surrounding context, with the intent of developing something not wildly out of proportion or character with its surroundings. While the search for the proper formula is driven by proximity, land values, and achievable rents, it is also generally true that the closer a property is to an urban core, the bigger the proposed buildings will be. Placing new apartment buildings around Main Place Mall while structuring thousands of parking spaces to compensate for those lost demands large buildings. However, in less urban or even suburban redevelopment opportunities—areas where projected rents are lower—it may be best to pursue less expensive, and hence less dense wood-framed dwelling units. I’ve seen instances where a site seemed to demand at least wrap density, but actually penciled better with a four-story town-over-flat scenario or even 3-story stacked flats. Creativity in imagining what solutions would best bring these smaller properties back to life is critical.

For the State to consider a tool to help achieve many of the goals discussed here is a very good thing. However, reclaiming control of the process for the local jurisdiction seems to be a more promising pathway, where the development team can work directly with City staff to achieve a win-win outcome. Thoughtful overlay zones that can be broadly applied across a City can help to resuscitate even the properties that are of a more modest scale.